Staff Quartermaster Sergeant Richard Walter Francis ‘Tubby’ Emly, Royal Signals served with the S.O.E. as a Wireless Operator and Cipherer. He parachuted into Yugoslavia on 27 September 1942 and operated with the JVuO from 1942 to 1943 and then with ‘Force 133’ in 1944. He was one of the very last to leave when the British Liaison team was evacuated in May/June 1944.

The entry for his B.E.M. published in the London Gazette 14 October 1943 states:

“For the past six months, this soldier has been in enemy occupied territory acting as a wireless operator and cipherer for guerrilla leaders. Throughout this time he has shown unswerving devotion to duty in most difficult circumstances and has carried out his work cheerfully and efficiently. His discipline has been exemplary while his energy, initiative and determination has been an encouragement to all who have come in contact with him.” 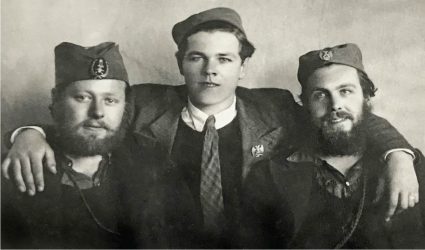 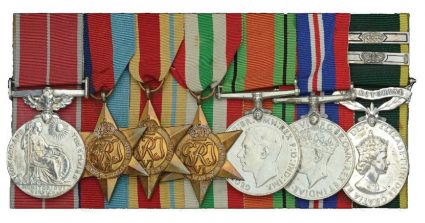 The WW2 medal group of Staff Quartermaster Sergeant Emly appeared for sale at the Dix Noonan Medal Auction in London on 11 December 2019. They were sold for £1800. (Dix Noonan Auction House)