The Hotel “Three kings” in Belgrade where Captain Peter Wilkinson spent his first night on his arrival in the city in 1940.

S.O.E. officers were active in Yugoslavia almost as soon as it became clear that Germany was applying pressure on the Royal Yugoslav Government to join the Tri Partite Pact. The arrival into Yugoslavia of Captain Peter Wilkinson of S.O.E. provides a fascinating insight into how the Germans already had a significant presence in Belgrade – even before the invasion:

“Financed by Section D, in February 1940, I set out on a tour of inspection, in great comfort, traveling on the Simplon – Orient Express, which still maintained its standards. I had one nasty moment leaving Italy, at the Italian-Yugoslav frontier, where there was an extremely stroppy Italian control who seized my rather virgin-looking passport and started questioning me on it. I first of all went to Budapest…and I came back via Belgrade. I arrived very late at night at the main station…there was a legation car which took my confidential bag off me and from then on I was more or less on my own. I only knew the name of one hotel in Belgrade so I told a taxi driver to take me there. By that time it was half-past twelve or quarter to one and I noticed the hall porter looked rather disconcerted when I gave him my British passport. However, he gave me a bed and I went to sleep. Well, next morning, I traveled down in the lift with a very nice German woman and two small boys and, since I’d always been brought up to believe the war was no excuse for discourtesy, we exchanged ‘good mornings’. By the time I got to the breakfast room, it was perfectly clear to me that not only was I the only Englishman but indeed I was the only foreigner: the place was absolutely crammed with Germans. Not wishing to make myself conspicuous, I wished my neighbors’ gutenappetit’, shook hands with them, and then hastily ensconced myself behind the largest German newspaper I could find. They were frankly not in the least interested in me. I think they probably took me for a Swede. In due course, I emerged and paid my bill and took a taxi to the British Legation who were not at all pleased at this adventure. Apparently, in order to avoid any unpleasantness, the Yugoslav authorities had arranged that British visitors should be accommodated at ‘The Majestic’ whereas the other hotel, ‘The Three Kings’, was reserved entirely for Germans. I pointed out that nobody had told me this and how was I to know?” 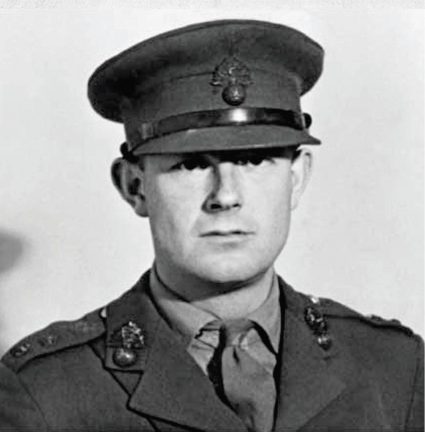