Reopening of the British Embassy in the liberated Belgrade

During the final stages of the Liberation of Belgrade, in October 1944, Brigadier Fitzroy Maclean found the British Embassy and described the moment he discovered it as:

“In the end we found it, with the Swiss flag flying over it, an unmistakable product of the Office of Works. Georgian or Queen Anne in intention, it nevertheless somehow managed, with its highpitched roof artfully toned brickwork, to give the intangible impression of a Tudor homeliness which for some reason is thought to be called for in the buildings which today are designed to house His Majesty’s Representatives abroad. The body of a dead German soldier lay spread-eagled near the front door.” 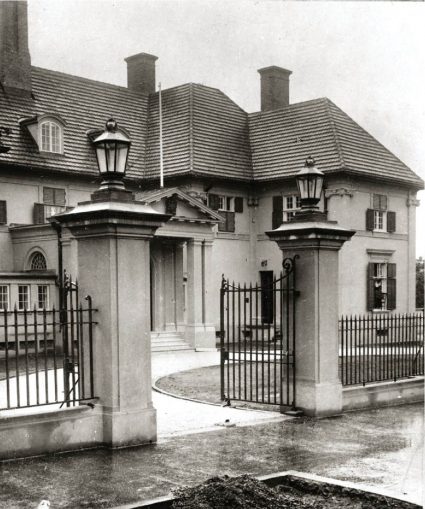